After a group of devastating tornadoes struck the Midwest, CNN's Brian Todd looks at how social media is saving lives during disasters and helping victims recover once storms have passed.

Residents of Brookport, Illinois tell Brian Todd stories of survival after a massive tornado outbreak in the Midwest.

Are storm chasers going too far?

CNN's Chad Myers reports from Oklahoma on the dangers of chasing tornadoes.

Brian Todd reports on a war vet who saved three, and also tried to save mom and baby who died at 7-Eleven, in tornado. 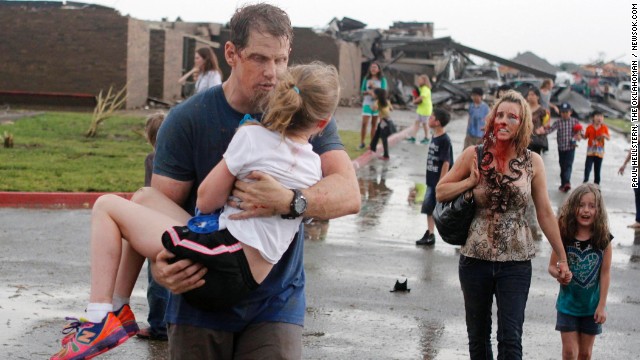 Wolf Blitzer talks with Aundrea Hogan, who's wife delivered their baby the day of the tornado in Moore, Oklahoma.

CNN's Chris Lawrence stands next to a "tornado" at a research facility where they put tornado shelters to the test.