The Vatican is expected to declare Pope John Paul II a saint sometime within the next 16 months. Brian Todd reports. 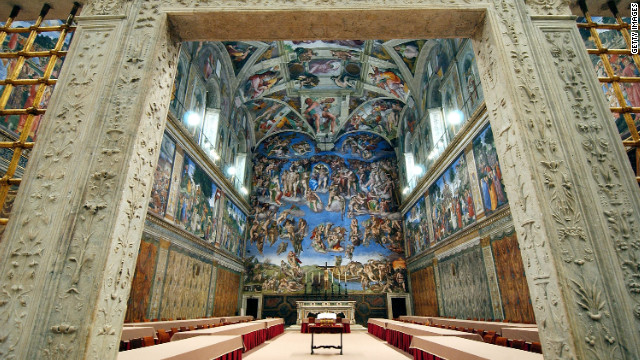 CNN's Lisa Sylvester is given access to the Bible Obama has chosen for his inauguration, a tiny book used by Lincoln.

GOP congressman: Evolution is a lie

Lisa Sylvester reports on how the influence of organized religion on national politics may be shrinking.

CNN's Brianna Keilar looks at how President Obama and Mitt Romney's faith plays into their politics.

RELATED STORY: Obama, Romney open up about their faith in a church magazine

Lisa Sylvester reports on the split support for Paul Ryan among his fellow Catholics, including some activist nuns.

RELATED: CNN OPINION: Who will claim the Catholic vote?

Fmr. FBI investigator David Gletty talks about the Sikh temple shooting suspect and and whether he was working alone.

Chick-fil-A is not the only corporation making faith part of its messaging. CNN's Mary Snow has more.

The backlash intensifies against a popular chicken restaurant chain, as both sides dig in. CNN's Mary Snow reports.