CNN's Jim Sciutto reports on two new studies from human rights groups that slam the U.S. for its drone strikes that may be causing more harm than good in the war on terror.

Former President of Pakistan Pervez Musharraf is expected to be indicted in connection with the death of Benazir Bhutto.

RELATED STORY: Musharraf : 'There is no case against me'

Former Pakistani Ambassador to the U.S. Husain Haqqani tells CNN's Wolf Blitzer "somebody must have known" where Osama bin Laden was hiding out in Pakistan.

Karzai: Still no agreement with NATO

RELATED STORY: Karzai: I will not let congressman into Afghanistan

Pakistani ambassador on tensions with U.S.

Pakistani Ambassador to the U.S. Sherry Rehman tells Wolf Blitzer that Pakistan is still demanding an Obama apology over Pakistani deaths in U.S. airstrikes, but they are looking at a "positive" conversation about reopening supply routes to Afghanistan. 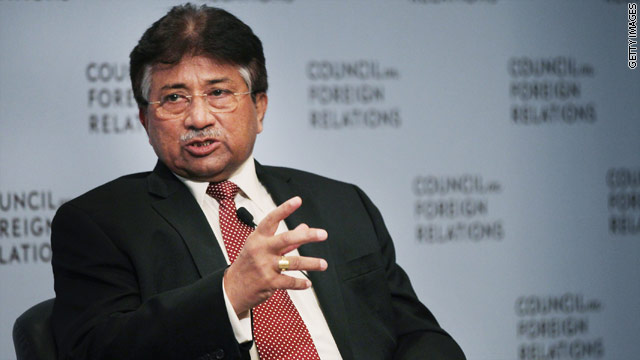 BLITZER’S BLOG: Musharraf on why he’s returning to Pakistan

(CNN) - I spoke with former Pakistani President Pervez Musharraf, who made it clear that he’s going back to Pakistan at the end of this month, despite authorities’ threat of arrest.

The conversation reminded me of one I had Benazir Bhutto on September 27, 2007. At the time, she, too, told me she was going back to Pakistan to run for office. There were numerous threats against her life. Her own father had been assassinated.
END_OF_DOCUMENT_TOKEN_TO_BE_REPLACED

CNN's Wolf Blitzer talks to Farah Ispahani, the wife of Husain Haqqani, the former Pakistani ambassador to the United States, who is involved in a scandal being investigated by Pakistan's high court.