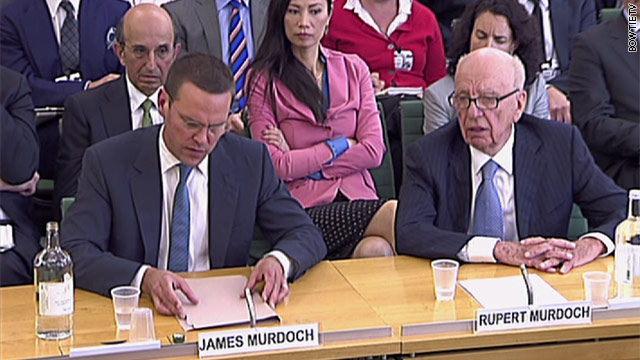 I’ve known Klein ever since he worked for President Bill Clinton as a White House deputy counsel during his first term. A highly respected lawyer in Washington, Klein later moved over to the Justice Department to become its anti-trust chief. Most recently, he served for eight years as New York City’s Education Chancellor under Mayor Michael Bloomberg.
END_OF_DOCUMENT_TOKEN_TO_BE_REPLACED

Murdoch scandal: Who's next?

CNN's Brian Todd reports on the latest casualties in the News Of The World hacking scandal and who could fall next.

Former British Prime Minister Tony Blair says he doesn't believe he was hacked by News of the World.

News of the World staffers react to learning they will all be out of work Sunday. CNN's Dan Rivers reports.

RELATED: News of the World: The paper that died of shame

CNN's Richard Quest reports on a UK tabloid's hacking of crime victims' phones & what Hugh Grant is doing about it.