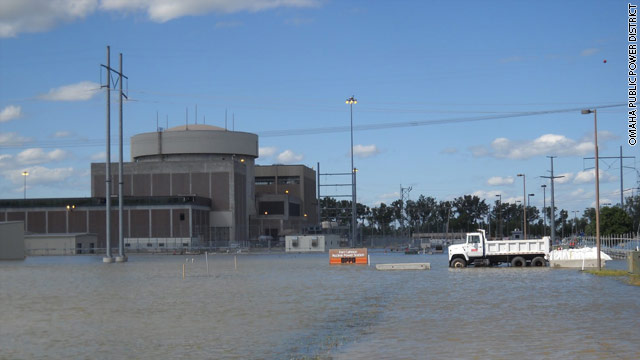 Fort Calhoun, Nebraska (CNN) - Tim Nellenbach is on a mission as he shows a small group of journalists around his workplace. The manager of the Fort Calhoun Nuclear Power Plant and his colleagues are bent on dispelling rumors about the condition of their facility: rumors about a meltdown, about a loss of power. The rumors are patently false, they say, and it's frustrating to have to deal with them while also battling a genuine crisis.

These officials are also acutely aware of comparisons to the catastrophic earthquake and tsunami in Japan in March, which crippled a nuclear power plant there, leading to the worst nuclear accident since Chernobyl in 1986.

Managers at Fort Calhoun Nuclear Station in Nebraska are concerned floods could trigger a disaster similar to the one in Japan. CNN's Brian Todd reports from Nebraska.

RT @CNN: Russian President Vladimir Putin met with the mothers of Russian soldiers, some of whom have died while fighting his war in Ukrain…
CNNSitroom