Families cling to hope after landslide

As ground searches in the Washington landslide are halted, relatives remain hopeful their family members will be found. CNN's George Howell reports.

On the hunt for elephant poachers

Throughout the jungles and across the savannahs of Africa, elephants are being slaughtered in the devastating ivory trade. But in one national park, the poachers are the prey - as eco-guards patrol the jungle, on the hunt for them. CNN's Arwa Damon is on the ground in the Republic of Congo, with an extraordinary look inside the battle to stop the ivory trade and save the elephants.

Who's the panda daddy?

The National Zoo had a paternity test on its new panda cub. CNN's Jeanne Moos reveals who the papa is and explains his procreation problem. 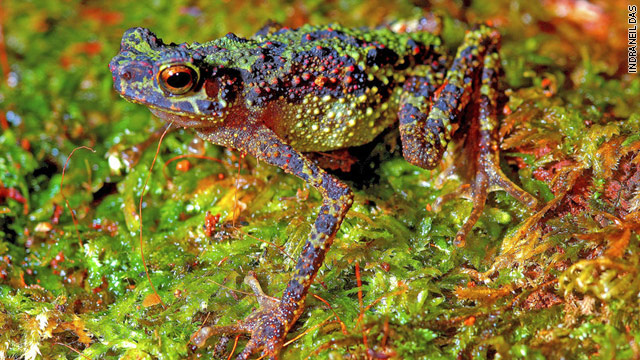 (CNN) - A toad which hasn't been observed in the wild for almost a century has been rediscovered by researchers in Malaysian Borneo.

The discovery was part of a wider 'lost' amphibian search launched by Conservation International and the International Union for the Conservation of Nature (IUCN) last year, which involved 126 researchers working in 21 countries on five continents.