Obama and Romney are vying for the support of working women, CNN's Jessica Yellin reports.

Obama, Romney take their fight to the campaign trail. John King breaks down the battle for swing states on the Magic Wall.

RELATED STORY: Romney on debate inspiration from his father

Romney gets specific on tax plan

RELATED: Romney on debate inspiration from his father

Romney on debate inspiration from his father

(CNN) – Republican presidential nominee Mitt Romney on Tuesday confirmed and elaborated on his wife's revelation, first to CNN, on how he handles his first moments onstage at a presidential debate.

"I write my dad's name at the top of the piece of paper to remind myself of all that he sacrificed to give me the opportunities I now have," Romney said in the interview with CNN's Wolf Blitzer, which aired on "The Situation Room." 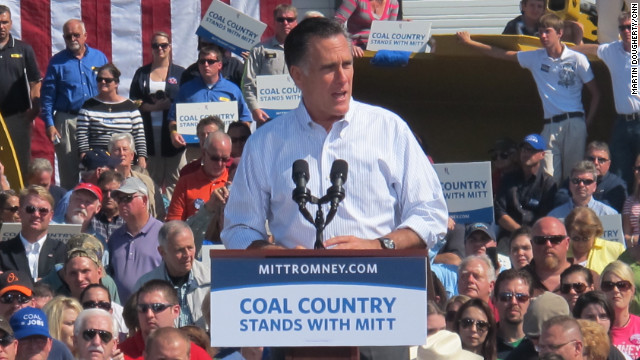 Tune in at 6 p.m. ET as Romney joins "The Situation Room" live from the trail in Ohio.

RELATED STORY: 28 days to go: After weeks of struggles, a horse race for Mitt Romney

CNN's Lisa Sylvester reports on Mitt Romney's comments about PBS funding and what it means for Big Bird's future.