U.S. officials are evaluating a video that allegedly shows members of a Libyan militia jumping into a pool at the Embassy.

CNN's Barbara Starr reports that U.S. officials are now worried that Libya is on the brink of civil war.

Days away from a trip home to Texas to see his wife and young son, Ronnie Smith - an American chemistry teacher at an international school in Benghazi, Libya - was gunned down during his morning jog. CNN's Barbara Starr reports on the new details, including whether his Christian faith made him a target.

CNN learned from sources that the U.S. aborted a plan to capture a suspect in the U.S. Consulate attack in Benghazi.

New details are emerging on the two Navy SEAL raids that targeted terrorists in Somalia and Libya this past weekend. CNN's Jim Sciutto reports on the changing American counterterrorism strategy and how successful these raids were.

CNN's Arwa Damon describes her interview with Ahmed Abu Khallah, who was just charged in the Benghazi attack.

GOP to FBI: Get aggressive on Benghazi

Rep. Jason Chaffetz discusses his call for the FBI to get more aggressive on the Benghazi investigation 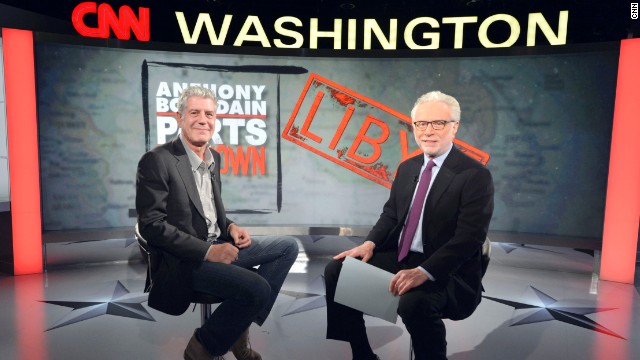 CNN’s Anthony Bourdain sat down with Wolf Blitzer in the Situation Room to discuss his upcoming episode of “Anthony Bourdain: Parts Unknown” on Libya.

Bourdain recently traveled to the Libyan cities of Tripoli and Misrata to learn about the people, culture and food in the nation that’s still recovering after the country’s dictator Moammar Gadhafi was overthrown and killed in 2011.

Bourdain describes Libya as “inspiring” but "hearbreaking" describing many young, earnest people who expressed a desire to remake the country.

The full interview airs Friday at 6pm ET on CNN.

Paul: There was a "cover up" with Benghazi

(CNN)– The White House released more than 100 pages of e-mails on Wednesday in a bid to quell critics who say President Barack Obama and his aides played politics with national security following the deadly attack on the U.S. diplomatic compound in Benghazi, Libya.