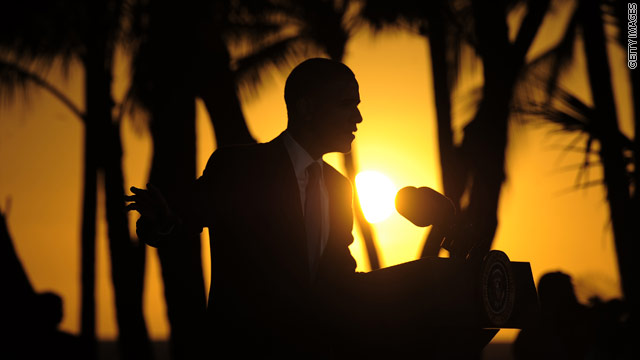 (CNN) - For some of the so-called birthers out there, there’s probably nothing that will convince them that President Obama was actually born in Hawaii.

But for those who might still have even a little bit of an open mind, they should read David Maraniss’ new book on the president, “Barack Obama: The Story.” Maraniss provides new details of Obama’s birth, including a contemporaneous letter referring to the birth of a baby to a Caucasian mother and an African father.

Maraniss reports that the future president was born August 4, 1961, at 7:24 p.m. at the Kapi`olani Maternity and Gynecological Hospital in Honolulu. Dr. David A. Sinclair delivered the baby.

He also provides some Hawaii color of that summer.

“In Hawaiian lore,” Maraniss writes, “the volcano goddess, Pele, is said to reside inside Kilauea, one of the most active volcanoes in the world, located on the southeastern side of the Big Island. When Kilauea erupts, according to local oral tradition, Pele is telling them something. For seven days in July 1961, Pele erupted and again for three days that September.”

Barack Hussein Obama II was born between those two eruptions.

Maraniss writes that from day one, no one called him by that formal name. He was either Barry or Bar, pronounced Bear.

David Maraniss, author of “Barack Obama: The Story,” will join Wolf Blitzer for an interview Thursday on CNN’s “The Situation Room.”

On the same day that Donald Trump is teaming up with Mitt Romney for a fundraiser, President Barack Obama's campaign is highlighting what it calls Romney's "refusal" to condemn Trump's continued highlighting of the "birther" conspiracy.

Donald Trump will Join Wolf Blitzer today at 4pm ET in "The Situation Room" on CNN to discuss his appearance with Romney and his stance on the "birther" issue.