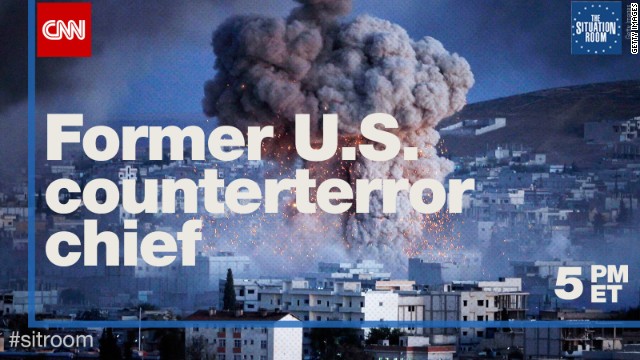 The former head of U.S. counterterror operations said Tuesday the "imminent threat" posed by an al Qaeda offshoot in Syria hasn't lessened after a U.S. air campaign there.

Speaking to CNN's Jim Sciutto, Matt Olsen said by his analysis the threat from the Khorasan group "is still in the same place as it was before" President Barack Obama ordered airstrikes against the terror operation last month. Full story

We'll get an important update on what's happening today in my hometown of Buffalo, New York when @MayorByronBrown jâ€twitter.com/i/web/status/1â€¦dt
WolfBlitzer

1:46 pm ET May 18, 2022 RETWEET
A special thanks to Michael @smerconish for joining me in Philadelphia last night as we reported the Pennsylvania Pâ€twitter.com/i/web/status/1â€¦Us
WolfBlitzer

7:20 pm ET May 17, 2022 RETWEET
Itâ€™s a very big night for primaries here in Pennsylvania and Iâ€™m so g@kasieasie Hunt is joining me in Philadelphtwitter.com/i/web/status/1â€¦7rdw6Y
WolfBlitzer

7:20 pm ET May 17, 2022 RETWEET
The hate-filled, racist massacre in Buffalo continues to dominate the front page of the @nytimes andâ€twitter.com/i/web/status/1â€¦a9
WolfBlitzer