Pawlenty: On foreign policy, Romney would be stronger than Obama

(CNN) – Resolute not to discuss his prospects as a vice presidential running mate for Mitt Romney, former Minnesota Gov. Tim Pawlenty said on CNN's "The Situation Room with Wolf Blitzer" Wednesday that Romney would be a better commander in chief than President Barack Obama has been.

"His drone strikes and killing of Osama Bin Laden obviously are positives, but they don't go far enough," Pawlenty said in an interview.

CNN's John Zarrella shares with Wolf Blitzer what it feel like inside of a simulated hurricane. 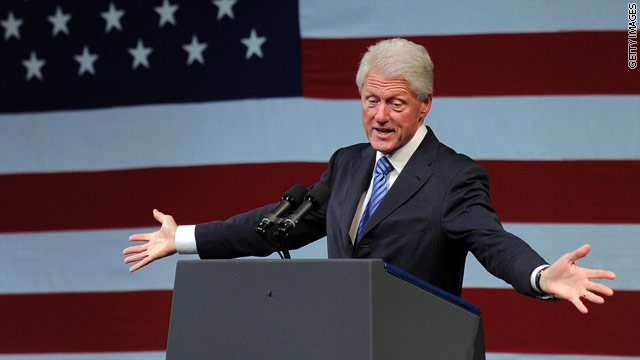 On Thursday, CNN's Wolf Blitzer will sit down with former President Bill Clinton for an extensive interview from the Clinton Global Initiative in Chicago.

Clinton raised eyebrows recently when he told CNN that Mitt Romney had a "sterling" business record. But he changed his tune Monday, saying a Romney presidency would be "calamitous" for the country and the world.

Blitzer will ask Clinton about these comments and more in the interview airing at 4pm ET Thursday during "The Situation Room with Wolf Blitzer" on CNN.