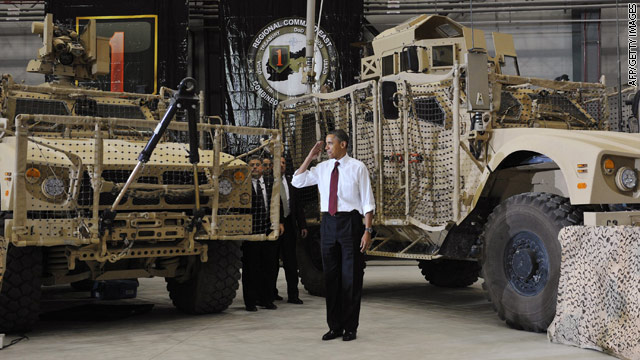 If true, and I believe it is, that raises this question: Why does the United States still have 90,000 troops in Afghanistan and virtually none in those other countries?

The reason, of course, is that U.S. and NATO forces in Afghanistan are actually fighting the Taliban, which still remain the greatest threat to what we used to call “nation building” in Afghanistan.

In his address to the American people from Afghanistan this week, President Obama clearly wanted to reach out to the Taliban with an olive branch. He said the United States is pursuing a negotiated peace with the organization.

“In coordination with the Afghan government,” the president said, “my administration has been in direct discussions with the Taliban. We have made it clear that they can be a part of this future if they break with al Qaeda, renounce violence and abide by Afghan laws. Many members of the Taliban – from foot soldiers to leaders – have indicated an interest in reconciliation. A path to peace is now set before them. Those who refuse to walk it will face strong Afghan security forces, backed by the United States and our allies.”

Two hours after Air Force One took off from the Bagram Air Base in Afghanistan to bring the president back to Washington, the Taliban launched a major terror attack right in the heart of Kabul, the Afghan capital, killing and injuring dozens of civilians. So much for renouncing violence.

When I heard the president outline his three conditions for negotiating a deal with the Taliban, I focused on the third condition – “abide by Afghan laws.” That would mean, for example, respecting the rights of Afghan girls and women, including the right to get an education without having acid thrown in their faces.

Many Afghan experts I know tell me they don’t believe the Taliban’s extreme fundamentalist leadership will ever genuinely accept this condition.

I hope they are wrong and that the Taliban eventually come around and see the errors of their way. That would be excellent for them, the people of Afghanistan and the United States. But I’m not holding my breath.