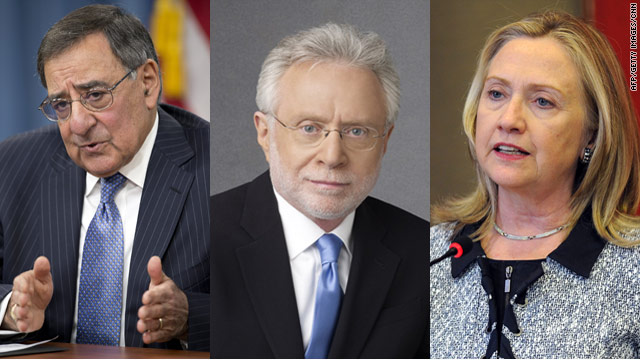 (CNN) - On Wednesday, Wolf Blitzer will sit down for a rare joint interview with Secretary of State Hillary Clinton and Defense Secretary Leon Panetta at NATO headquarters in Brussels, Belgium. In the exclusive interview they will discuss Afghanistan, Iran, Syria, North Korea and the presidential election.

Panetta and Clinton are traveling to Brussels for a meeting with NATO ministers to discuss withdrawal strategy from Afghanistan.

Wolf will anchor from Brussels Tuesday and Wednesday. The interview will air 4-6 pm Wednesday in The Situation Room with Wolf Blitzer on CNN.

8:03 pm ET October 26, 2020 RETWEET
‚ÄúLet‚Äôs just let people vote. We need to stop with the litigation, and I say that to Donald Trump and his enablertwitter.com/i/web/status/1‚Ä¶h81Ll5
CNNSitroom

6:05 pm ET October 26, 2020 RETWEET
With only 8 days until the election, the DOW JONES Industrial Average takes a big hit as investors worry about the‚Ätwitter.com/i/web/status/1‚Ä¶qd
WolfBlitzer

4:17 pm ET October 26, 2020 RETWEET
When I questioned my friend and @CNN colleague @CillizzaCNN last night in our special @CNNSitRoom I noticed he had‚Ätwitter.com/i/web/status/1‚Ä¶R5
WolfBlitzer