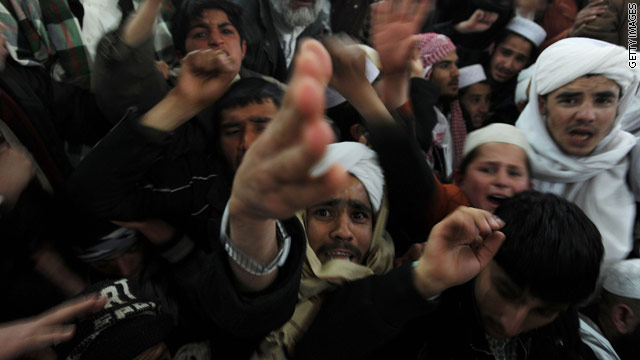 The commander of all U.S. and NATO forces, Gen. John Allen, was upbeat in an interview with me Monday. “The campaign is sound,” he said. “It is solid. It does not contemplate, at this time, any form of an accelerated draw-down.”

There are still about 90,000 U.S. troops in Afghanistan and another 30,000 or so NATO troops. Most are supposed to remain on the ground until the end of 2014 – that’s almost another three years.

Despite Allen’s upbeat comments, I was struck by these two paragraphs in today’s New York Times:

“Cash moving through Kabul International Airport has gone up dramatically in the past year, so that now about $4 billion is leaving the country in a legitimate annual economy of about $15 billion.”

That is pretty depressing.

More and more Americans are giving up hope that there is light at the end of the Afghan tunnel. That is what the recent polls show. They are worried about the final outcome whether the U.S. pulls out now or in three years.

The U.S. spends about $2 billion a week maintaining its presence in Afghanistan, or more than $100 billion a year.

Spending another $300 billion in U.S. taxpayer money, so many experts now fear, probably won’t make much of a difference in the final outcome of this Afghan campaign.

RT @CNN: “We are trying to liberate our own territories and defend our homes.” Ukraine's ambassador to the@OMarkarovarova talks to @wolfbli…
WolfBlitzer