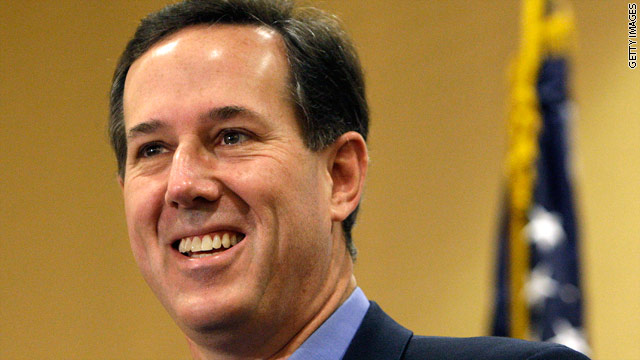 It’s amazing how quickly things have changed. Rick Santorum is now the front-runner. He will be center stage.

When I moderated the last debate on January 26 in Jacksonville, Florida, Newt Gingrich was seen as Mitt Romney’s main threat. Now it’s Santorum.

Winning those contests in Colorado, Missouri and Minnesota really did the job for Santorum.

Gingrich and his supporters still are hoping that wins on Super Tuesday, March 6, will inject his campaign with new momentum. Given the ups and downs of this GOP campaign season, that is still possible. There will be 10 contests that day.

But more immediately, the contests here in Arizona and Michigan on February 28 will be very important. If Santorum can’t pull off an upset win in Romney's home state of Michigan, that will spell major heartburn for the former Massachusetts governor.

Here’s what I will be looking for in Wednesday night’s debate:

How hard will Romney go after Santorum?

Will Santorum hit right back or try to take the high road?

Will they fight over the social issues, including abortion, birth control pills, prenatal testing and public school education?

Will Gingrich go after Santorum or Romney or both?

Where does Ron Paul fit into all of this strategy? He’s raising millions and has no intention of leaving the race.

As I said, it’s good to come back to Arizona to cover all of this.

CNN LIVE: Tune in Wednesday at 8 p.m. ET for the final presidential debate before Super Tuesday: The CNN Arizona Republican Debate. Only on CNN. Follow it on Twitter at #CNNDebate.