Donald Trump tells CNN's Wolf Blitzer why he is endorsing Romney for president. 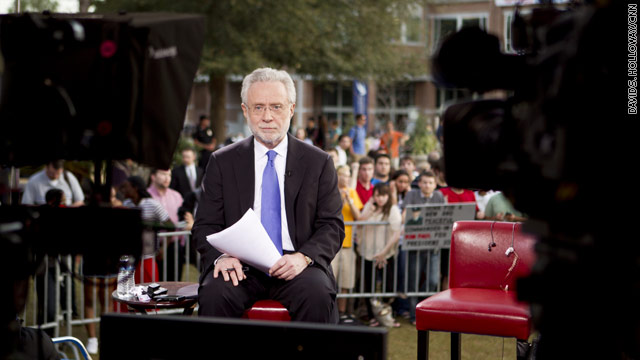 (CNN) - It’s always fascinating to get a little glimpse into the lives of presidential candidates on the road.

Take, for example, when I encountered Newt Gingrich in the lobby of the Venetian Hotel in Las Vegas a few months ago.

I was heading back to my room from the gym when I suddenly saw the former speaker, his wife, Callista, and two aides dragging their suitcases to the elevator. They had just checked in.

To my surprise, they didn’t have a porter helping them. Their bags were heavy and they were struggling. So I immediately and instinctively decided to help.

Indeed, it was my pleasure to help with the suitcases; it reminded me of my days as a young bellhop at the Laurels Hotel and Country Club in Monticello, New York. I had worked there one summer between my freshman and sophomore years in college. I think the Gingrich group was happy with my assistance.

Here’s another example of life behind the scenes – this one involving Mitt Romney.

I had just interviewed him and his wife, Ann, aboard their campaign bus in Iowa. It was around lunch time and the former Massachusetts governor was clearly hungry. So what did he eat for lunch?

No fancy meal for Romney. He had a simple peanut butter and jelly sandwich on good old-fashioned white bread.

I must confess I was a bit jealous. I’ve tried to eat healthy over the years. I hadn’t had a peanut butter and jelly sandwich in a long time.

But the way Romney ate his – with gusto – was impressive. It looked so delicious.

I remember leaving the bus saying to myself – here’s a multi-millionaire who loves peanut butter and jelly sandwiches.

Bachmann says she will not endorse soon

(CNN) – Michele Bachmann, the Minnesota congresswoman who last month suspended her presidential campaign, said Wednesday that she does not plan to endorse in the GOP presidential race before her state's primary next Tuesday.

"Well, I haven't made a decision about endorsements yet, I reserve the right to make an endorsement, I may before the process is all concluded, but I am nowhere near right now," Bachmann said on CNN's "Situation Room with Wolf Blitzer."