The president shows off his singing skills at campaign events. CNN's Wolf Blitzer has more. 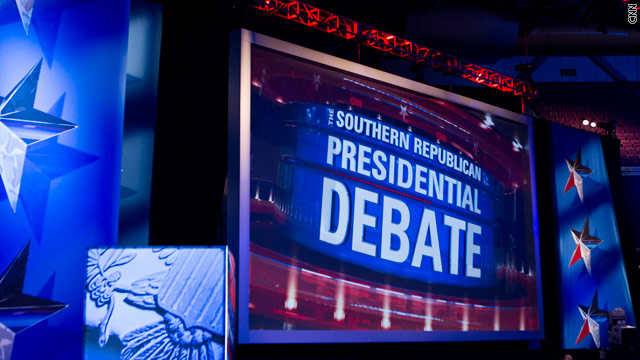 Ron Paul known as 'Dr. No' of Congress

(CNN) – If Newt Gingrich wins the White House in November, the former House speaker said Wednesday Sarah Palin may get a big seat at the table.

"I would ask her to consider taking a major role in the next administration if I'm president, but nothing has been discussed of any kind," Gingrich said on CNN's "The Situation Room with Wolf Blitzer."

Charleston, South Carolina (CNN) – All of a sudden, this contest is getting very exciting.

In these final days before Saturday’s Republican presidential primary, the gap between Mitt Romney and Newt Gingrich seems to be narrowing - if you believe the latest polls. That has certainly encouraged Gingrich, who tells me he now smells the possibility of victory on Saturday.

If that were to happen, the drama would certainly intensify going into the Florida primary on January 31.
END_OF_DOCUMENT_TOKEN_TO_BE_REPLACED

The crash of the Costa Concordia is the latest safety issue with Carnival Cruise Lines. CNN's Lisa Sylvester reports.

Searching for the "real Romney"

The life of a cruise ship captain

How tough of a job is it to be a cruise ship captain? CNN's Brian Todd reports.

Gov. Rick Perry tells CNN's Wolf Blitzer he is standing by comments that Turkey is run by Islamic terrorists.