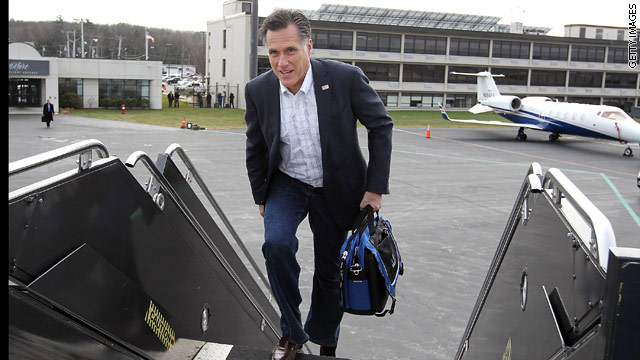 BLITZER’S BLOG: The next 10 days will be ugly

(CNN) - Allow me to insert some caution in assessing the Republican presidential campaign. As much as so many folks are already suggesting that Mitt Romney has it all but wrapped up, let me suggest that it’s not over yet.

Sure Romney has a solid organization with lots of campaign cash. He’s also blessed with a strong super PAC that can inflict major damage on his GOP rivals. And beyond that, he has some strong political instincts and a wonderful wife and family who are major weapons.

But he will have to fight very hard to win South Carolina despite the fact its Gov. Nikki Haley is on his side.

Newt Gingrich and his super PAC are going after Romney big time. Ron Paul, Rick Perry, Jon Huntsman and Rick Santorum will do the same.

These next 10 days will be critical for Romney. He will face nonstop attack ads. He will have to fight back and it will get ugly.

But unlike Gingrich in Iowa, Romney does have the financial resources to fight back with television commercials in South Carolina.

Romney, like John McCain in South Carolina four years ago, does have another asset. The conservative, tea party, anyone-but-Romney vote will be split among his rivals. In 2008, Mike Huckabee probably would have won the GOP primary in South Carolina if Fred Thompson hadn’t divided that conservative, evangelical vote. That gave the state to McCain. The same could happen now in Romney’s favor.

Bottom line for Romney: the more, the merrier. Keep as many candidates in the race. If a solid and single non-Romney candidate would emerge to face him one-on-one, who knows what would happen?