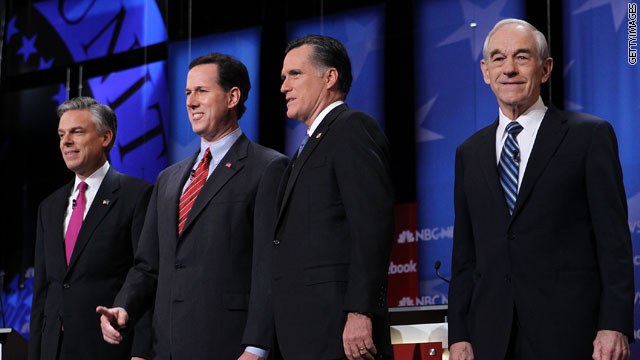 BLITZER'S BLOG: A salute to politicians

(CNN) – I know it will probably sound weird, but I admire these politicians who put themselves out there before the American public knowing full well that all their warts will be exposed big time.

Most of them already have lots of money. They could easily coast at this point in their lives and sit back and relax.

Instead, they are working hard on the campaign trail.

I’ve seen them in action, and it’s tough. They get up early in the morning and go to sleep late at night. They have to deliver the same stump speech over and over and over again, and then answer an endless amount of often annoying questions at town hall meetings, at diners and from reporters such as me.

I’ve covered politicians long enough to know they certainly like the power that comes with elected office, but it’s still a rough and tough proposition. You think it’s easy going out there all the time and appealing for campaign cash?

Mitt Romney, Rick Santorum, Newt Gingrich, Jon Huntsman, Ron Paul and Rick Perry could have taken the easy path and relaxed and enjoyed life. Instead of playing golf and hanging out with their children and grandchildren, they are working hard trying to get the Republican presidential nomination. In the process, they are bitterly attacked - often for good reason.

Why do they do it?

The cynics say they have huge egos and are simply seeking power and glory.

That is certainly true of some politicians.

But having covered many of them over the years, I also know some are trying to do the right thing, and I salute them.