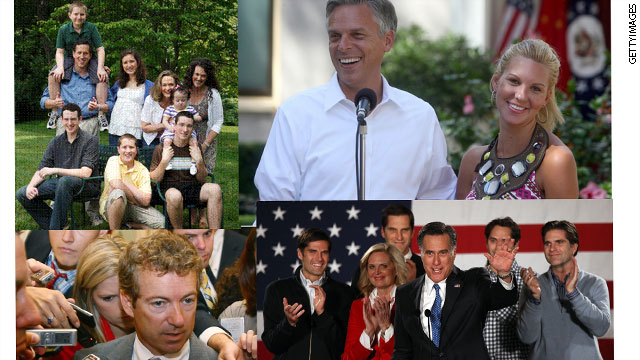 BLITZER'S BLOG: Running for president is a family affair

(CNN) – I remember interviewing Hillary Clinton near the end of her very grueling run for the Democratic presidential nomination in 2008. She had been on the campaign trail for a long time. She had worked really hard, especially in the final months as Barack Obama was challenging her. You could see the strain she was under.

During those tough times, her daughter, Chelsea, suddenly had become very visible on the campaign trail. She spoke for her mother all the time, often introducing her at campaign events, and did very well. You could see how proud Hillary Clinton was.
END_OF_DOCUMENT_TOKEN_TO_BE_REPLACED

We'll get an important update on what's happening today in my hometown of Buffalo, New York when @MayorByronBrown jâ€twitter.com/i/web/status/1â€¦dt
WolfBlitzer

1:46 pm ET May 18, 2022 RETWEET
A special thanks to Michael @smerconish for joining me in Philadelphia last night as we reported the Pennsylvania Pâ€twitter.com/i/web/status/1â€¦Us
WolfBlitzer

7:20 pm ET May 17, 2022 RETWEET
Itâ€™s a very big night for primaries here in Pennsylvania and Iâ€™m so g@kasieasie Hunt is joining me in Philadelphtwitter.com/i/web/status/1â€¦7rdw6Y
WolfBlitzer

7:20 pm ET May 17, 2022 RETWEET
The hate-filled, racist massacre in Buffalo continues to dominate the front page of the @nytimes andâ€twitter.com/i/web/status/1â€¦a9
WolfBlitzer