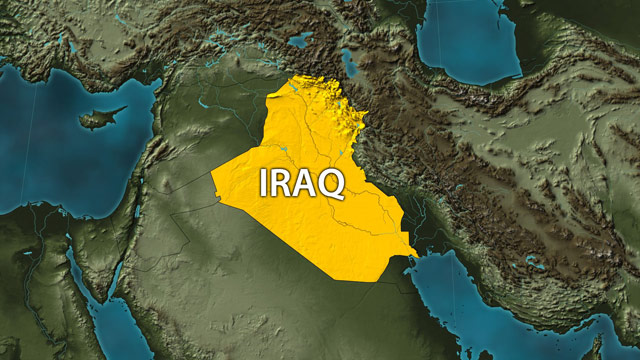 (CNN) - I am beginning to suspect that Iraq could wind up following Yugoslavia’s example.

As you know, there once was a country called Yugoslavia. It had several distinct provinces based on ethnic differences: Bosnia and Herzegovina, Croatia, Macedonia, Montenegro, Slovenia, Kosovo and Serbia. You get the point.

What largely held the Federal Republic of Yugoslavia together was the brutal dictatorship of Marshal Josip Broz Tito. Once he died, the country went into a series of deadly and bitter civil wars. Yugoslavia ceased to exist in 2003. It has been replaced by these other countries.

As you also know, Iraq has had bitter ethnic tensions for a long time among Sunnis, Shiites and Kurds. It was held together for a long time by Saddam Hussein’s brutal dictatorship. For the almost nine years since Saddam’s removal, it has been held together by a huge U.S. military presence.

But with U.S. troops now out of the country, I suspect we could be on the verge of seeing Iraq spiral into civil war. We already have seen a series of terrorist attacks in recent days. My fear is that this will only get worse.

The Sunnis clearly don’t trust the Shiites, especially Shiite Prime Minister Nuri al-Maliki. Some of his recent actions, including an arrest warrant for the Sunni vice president, have fueled this fear of a civil war.

Vice President Joe Biden has been on the phone for days with Iraqi leaders trying to calm things down. So far, he has not met with much success. It has long been Biden – more than any other top U.S. official – who has long feared the collapse of Iraq into these three groupings.

Unless cooler heads prevail in Baghdad, his fears may turn out to have been justified.