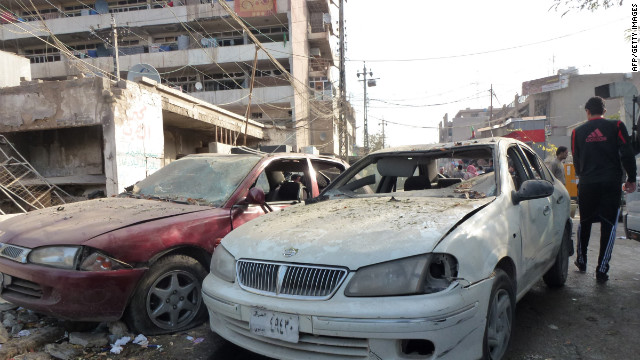 (CNN) - It’s not even a week since all U.S. troops have been pulled out of Iraq, but the situation there is quickly deteriorating. I don’t think it’s by any means out of the question that civil war is possible.

The terror attacks in the country Thursday were brutal – scores dead, many more innocents wounded. The pictures are horrendous.

Iraqi Prime Minister Nuri al-Maliki, a Shiite, is losing credibility with Iraqi Sunnis. They have been alarmed by his government’s decision to charge the Sunni vice president with terrorism charges. Earlier, they were deeply angered by his refusal to name a defense or interior minister, consolidating power within his own hands.

This is no way for a democratic leader to operate.

The Obama administration’s top Iraq point people are engaged and trying to ease this crisis.

CIA Director David Petraeus made a secret visit to Iraq in recent days but apparently didn’t get much.

Vice President Joe Biden was there earlier and has been on the phone with the Shiite, Sunni and Kurdish leaders.

“The vice president also reiterated the need for actions to be guided by the rule of law and Iraq’s constitution,” the White House said. “At this difficult time, the United States stands with Iraq as a strategic partner and a close friend.”

Meanwhile, some 17,000 Americans remain in Iraq – half are diplomats and their support staff, the others are private security contractors. As I’ve said before, I am very worried about their safety if civil war erupts.