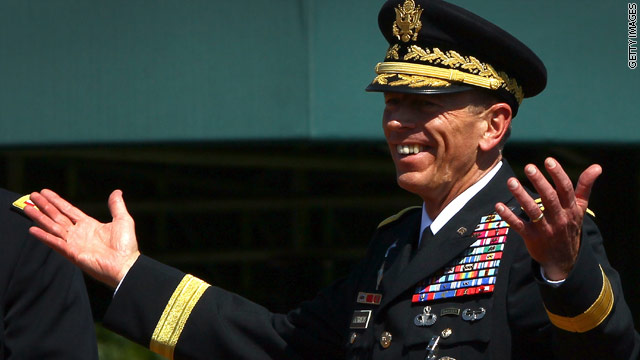 I learned that the retired U.S. Army general who once commanded U.S. forces in Iraq had indeed gone to Iraq, this time as head of the CIA. I was also told he was already back in Washington safe and sound.

Petraeus has a long history in Iraq. I had dinner with him in 2005 in Baghdad when things were very gloomy for the entire U.S.-led operation. He later helped put together the surge strategy that tended to stabilize the situation. He knows the country well and, more importantly, the leadership.

But things are really on the verge of meltdown right now. Tensions between the Shiite leadership of Prime Minister Nuri al-Maliki and so many of his Sunni coalition partners are intense. The Kurdish leadership, the most pro-American of the bunch, is watching very cautiously and nervously from its semi-autonomous region in the north.

There is a serious fear of violence breaking out among the three groups. Talk of a civil war – coming only days after all U.S. troops pulled out of the country – is rampant.

Sen. John McCain, the ranking member of the Armed Services Committee and a frequent visitor to Iraq, told me Tuesday that he doesn’t have confidence in al-Maliki. I don’t think a lot of American experts both inside and outside the government do have confidence in him. His leadership is lacking.

A deputy prime minister who’s a Sunni told Damon that al-Maliki is like a “mini-Saddam Hussein.” A vice president, also a Sunni, has been accused of supporting terrorism and is now holed up in Kurdistan.

None of this bodes well for Iraq, or the 17,000 American diplomats and private security contractors who are still in the country. I’m very worried about their safety.

RELATED STORY: Petraeus back from Baghdad