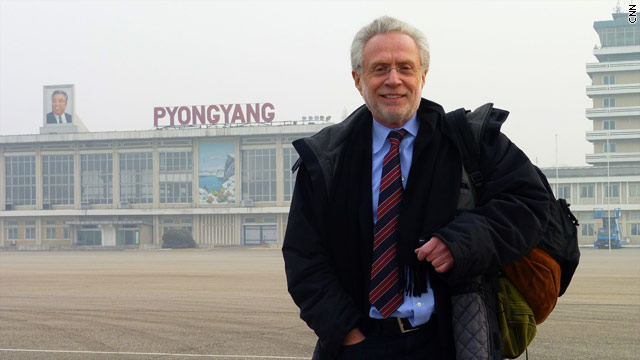 (CNN) - Exactly a year ago, I spent six days in North Korea. It was an incredibly tense time on the Korean peninsula but things eventually calmed down. The past year has been relatively quiet.

But I now fear that could change with the death of Kim Jong Il. This is likely to be a very tense time as the transition to his young and untested son, Kim Jong Un, unfolds.

What’s most important right now is for everyone to take a deep breath and calm down. One miscalculation – by North or South Korea, or the United States or Japan – could result in disaster.

The North Koreans not only have thousands of conventional rockets and missiles aimed at the South, but they also have a small nuclear arsenal.

When I was in Pyongyang, I was impressed by the sophistication of the elite leadership. The nuclear negotiators and diplomats knew what was going on in the world.

They spoke English well. Some had lived in New York representing North Korea at the United Nations. Others had served at North Korean embassies in London and elsewhere in Europe.

They, of course, are in sharp contrast to the 99% of the North Korean population who really have no clue about the outside world. They hear only North Korean official propaganda on their televisions and radios – if they are lucky enough to have televisions or radios.

The social media revolution has not come to North Korea. Forget about unrestricted Internet service or Facebook or Twitter. That’s not happening.

North Korea is a very poor country. The leadership has trouble feeding its own people even as they spend whatever money they have on the military.

North Korea’s isolation. But that will require outstanding diplomacy and lots of luck.