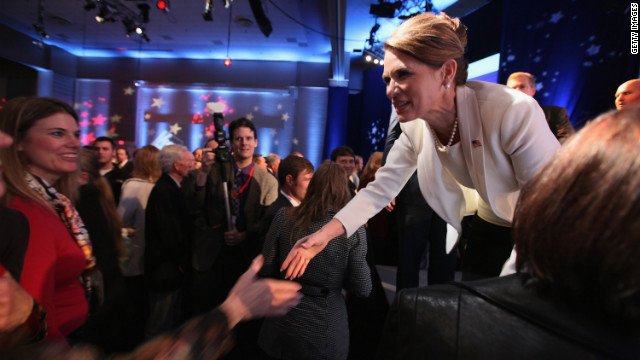 She told him that it was "outrageous" for him to say she gets her facts wrong. "I'm a serious candidate for president of the United States," she declared repeatedly.

Today, I taped an interview with her and she went a lot further in blasting Gingrich. She said Gingrich's comments about her were "condescending" and "insulting." (The interview will air in “The Situation Room” today during the 5 p.m. ET hour.

I asked her if she thought he was speaking down to her because she's a woman. She declined to make that conclusion. But when I asked if Gingrich has a problem with women (and some men) because he's been married three times, she went into a long declaration about the importance of personal values, insisting those are key factors for voters to consider.

Bachmann was born in Iowa and represents a congressional district in neighboring Minnesota. She has spent a lot of time in Iowa, but so far - at least according to the latest polls - she has not jumped to the top. She did win the Iowa Straw Poll in August.

Bottom line: she needs to do well on January 3 in the caucuses if her candidacy is to continue.

RELATED ARTICLE: Bachmann on Gingrich: 'I am not a student of his'