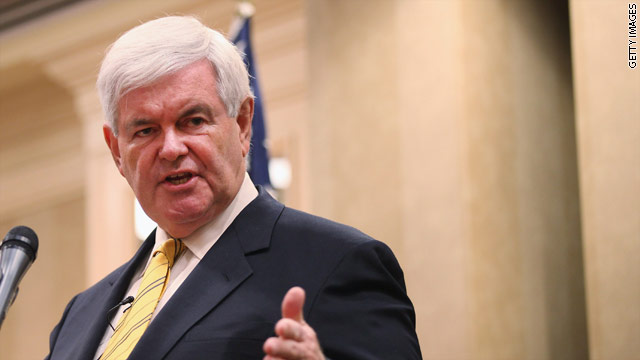 (CNN) - For the first time, some top Democratic Party insiders here in Washington are telling me they are starting to gear up for a possible general election between President Barack Obama and former House Speaker Newt Gingrich.

For months, these same insiders had assumed former Massachusetts Gov. Mitt Romney would be the Republican nominee.

It’s amazing how quickly the political situation has changed.

These insiders, like so many pundits, are impressed with Gingrich’s remarkable surge. He seems to have attracted so many of the earlier supporters of Herman Cain, Michele Bachmann and Rick Perry - all of whom at one point had been doing remarkably well in the national and state polls.

Romney’s support has remained relatively steady. He certainly has a solid base, but has so far been unable to win over a lot of new supporters who had checked out other candidates only to move on.

This does not bode well for Romney, and Obama’s supporters are now realizing this and beginning to reassess their own strategy.

I’m sure you’ve noticed that in recent weeks and months the Obama team and other Democrats have focused their fury almost exclusively on Romney. They have blasted him as a so-called “flip-flopper.”

I was never sure that that anti-Romney campaign was designed to simply soften him up in advance of the general election campaign or to try to weaken his chances of capturing the nomination. Many Democrats believe that Romney would be the most formidable challenger to the president.

I’m anxious to see what the Obama campaign and other Democrats now do in their own attack advertising and public comments. Will they start to attack Gingrich or will they wait for the Republican dust to settle?

One caveat to all of this: Let’s not forget that the GOP contest has been a roller coaster so far and that roller coaster can certainly continue. Newt Gingrich still has a long, long way to go before winning the nomination.

RT @CNNSitRoom: More than 2,000 former Justice Department officials who served in Republican as well as Democratic administrations are call…
WolfBlitzer

9:00 pm ET February 17, 2020 RETWEET
RT @CNNSitRoom: Newly leaked Chinese records have revealed for the first time the system by which hundreds of thousands of Uyghurs have bee…
WolfBlitzer

9:00 pm ET February 17, 2020 RETWEET
RT @CNNSitRoom: Federal prosecutors are weighing new charges against associates of Rudy Giuliani in connection with a company that paid him…
WolfBlitzer