In an interview today with CNN's Wolf Blitzer on "The Situation Room," Minnesota Rep. Michele Bachmann said both former Massachusetts Gov. Mitt Romney and former House Speaker Newt Gingrich have a lot of explaining to do for being "on both sides of the issues.”

Bachmann was also asked about the lastest sexual allegations against Herman Cain, and the controversy that erupted after her appearance on "Late Night with Jimmy Fallon." 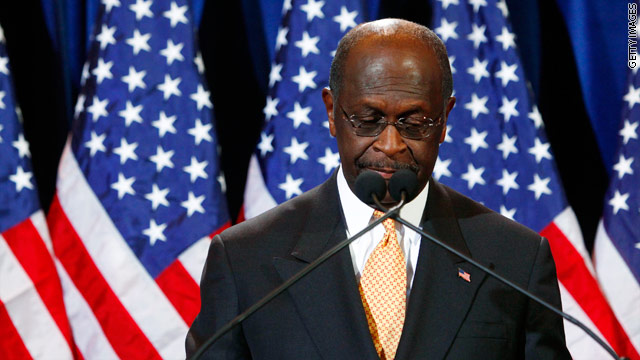 If I were Newt Gingrich, I’d be encouraged by those same developments.
END_OF_DOCUMENT_TOKEN_TO_BE_REPLACED

(CNN) - Herman Cain told his staff Tuesday he is "reassessing" the viability of his campaign in the wake of a Georgia woman's allegations that she had a long extramarital affair with the Georgia businessman. One top campaign source tells CNN he expects a decision "within a few days" - based on whether fund-raising dries up.

Cain told CNN's Wolf Blitzer on "The Situation Room" Monday that her assertion was coming and would be false.

Do you think Herman Cain should drop out of the presidential race?