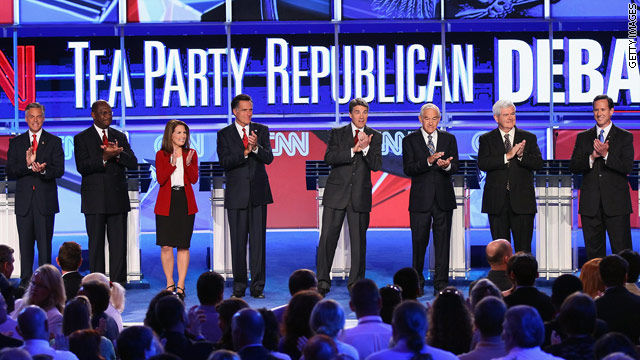 BLITZER'S BLOG: Is it too late for a new GOP candidate?

(CNN) - With all the turmoil surrounding the sexual harassment allegations against Herman Cain, some GOP insiders have raised this question to me in recent conversations: Is it too late for yet another Republican to jump into the race for the party’s presidential nomination?

My instinctive answer is yes – it’s too late in the game to mount an effective campaign. The Iowa caucuses are January 3.

But some Republicans still appear to be rather unimpressed with their choices.

Cain is coming under increasing pressure and scrutiny. Many worry he’s simply not ready for prime time.

Some can’t stomach front-runner Mitt Romney, given his changed positions on several sensitive issues over the years.

Rick Perry still has plenty of campaign cash, but the state and national polls show a steady and dramatic collapse since his initial splash.

And there are even those who suggest Jon Huntsman can eventually emerge as a top-tier candidate.

But I can’t tell you how many GOP activists have recently whispered to me that they hoped a Jeb Bush, Paul Ryan, Sarah Palin, Chris Christie, Haley Barbour, Mitch Daniels or someone else might reconsider.

I don’t think that is going to happen.

But the fact that some serious Republicans have even mentioned that notion to me in recent days underlines their concern that their party might wind up nominating someone who loses to President Obama. Some influential Republicans are very worried.