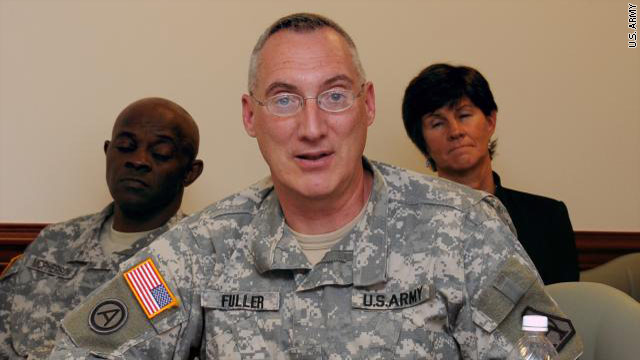 In an interview the other day with Politico, Fuller called key elements of the Afghan government “isolated from reality,” which is true.

He said that many of the Afghan leaders don’t appreciate America’s sacrifice for their nation, which is also true.

And referring to Afghan President Hamid Karzai’s recent statement that he would side with Pakistan if there were ever a war between Pakistan and the United States, Fuller said Karzai’s comments were “erratic.”

In announcing that Fuller has been relieved of his duties, Allen said: “These unfortunate comments are neither indicative of our current solid relationship with the government of Afghanistan, its leadership or our joint commitment to prevail here in Afghanistan.”

Allen added: “The Afghan people are an honorable people, and comments such as these will not keep us from accomplishing our most critical and shared mission: bringing about a stable, peaceful and prosperous Afghanistan.”

Fuller’s comments were clearly undiplomatic and blunt, but they were true.

For more than 10 years, the U.S. has sacrificed blood and treasure to liberate Afghanistan from the Taliban and al Qaeda. But Karzai has often made erratic statements that seem so out of touch with reality.

U.S. taxpayers are still spending roughly $2 billion a week to maintain 100,000 troops in Afghanistan for at least another three years. That’s more than $100 billion a year – money that could be used to reduce America’s deficit or for other purposes at home.

The fact that an American war hero is fired for telling the truth to the American people is shocking.

I know that Allen is an honorable man. He made a major mistake and should move quickly to fix it.