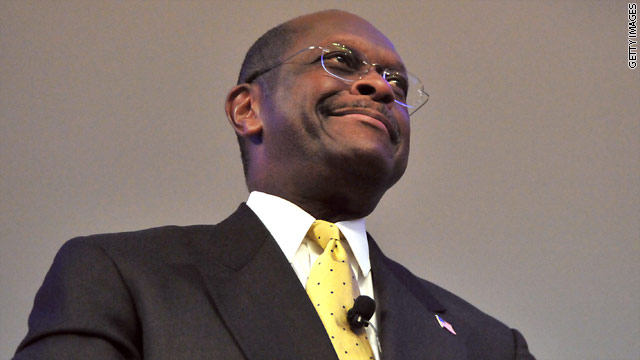 BLITZER’S BLOG: Cain keeping his head up despite controversy

Washington (CNN) - I saw Herman Cain briefly today in the CNN Washington bureau. He had just wrapped up a lengthy interview with HLN’s Robin Meade.

The Republican presidential candidate appeared to be in a good mood despite all the uproar over allegations that he sexually harassed two women in the 1990s when he was head of the National Restaurant Association in Washington. He had answered all of Robin’s blunt questions, clearly eager to move on.

When I escorted him to the elevator, he was all smiles and could not have been nicer. Having met him on earlier occasions, I was not surprised. He is a very friendly person with an engaging personality.

He insisted the story has not hurt his campaign, noting that he raised lots of money Monday online. He said his supporters are with him.

He is doing remarkably well in all the national and state public opinion polls.

But when she pressed, he said he had “no idea” who was behind it.

“When they cannot kill my ideas like 9-9-9, they come after me personally,” he continued.

In dealing with this story, Cain and his campaign have made serious mistakes. They should have had a game plan ready to go immediately after Politico reporters notified them of their story. Instead, there has been a drip, drip, drip of occasionally contradictory details emerging, many of which Cain is personally responsible for, and that has hurt him.

Having covered these kinds of stories over the years, I think he can recover. But he needs to get all the facts out quickly and efficiently. He can’t allow his story to keep on evolving.