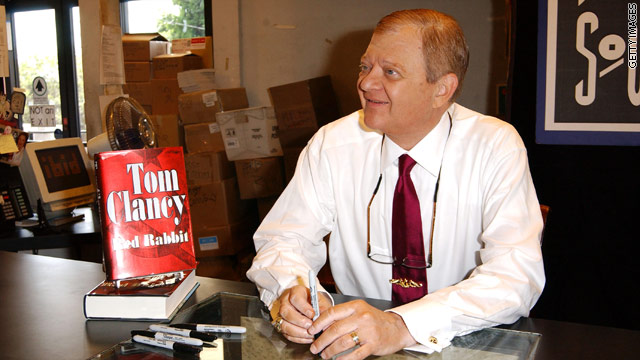 (CNN) - Sometimes nonfiction seems to follow fiction, especially, it seems, in the case of Tom Clancy and his spy novels.

In 1994, he wrote a thriller called “Debt of Honor.” Long before the terrorist attacks of 9/11, Clancy had a character fly a Boeing 747 into the U.S. Capitol.

Clancy’s “The Teeth of the Tiger,” published in 2003, features a man named Mohammed who has a network of Colombian drug cartel thugs who plot evil deeds against the U.S.

His newest book is entitled “Against All Enemies.” A major plot line has Taliban terrorists joining hands with Mexican drug cartel killers to launch attacks in the United States.

A friend who’s read all the Clancy books alerted me to this when he heard of the Obama administration’s accusations that Iran plotted to have members of a Mexican drug cartel kill Saudi Arabia’s ambassador to the United States, Adel al-Jubeir.

Shortly after the SEAL raid in Pakistan that killed Osama bin Laden, Nick Summers wrote a fascinating piece on “The Daily Beast” with this headline: “Did Tom Clancy Predict Raid?”

Referring to Clancy’s 2010 novel “Dead or Alive,” Summers writes, “In it, Clancy’s version of bin Laden is finally caught – and when he is, he turned out not to be hiding in the lawless mountain regions along the Afghanistan-Pakistan border, as most of the fictional intelligence community believes. Instead, he’s been biding his time in an upscale house (‘must have set him back a million’) that is a shortish drive from a major city, and just a few miles from a major military institution. He works only with couriers and bodyguards. A super-elite Navy SEAL is on the team that takes him down. Oh, and one of the book’s rejected titles? ‘In Plain Sight.’ ”

Next time I read a Clancy thriller, I will take notes.