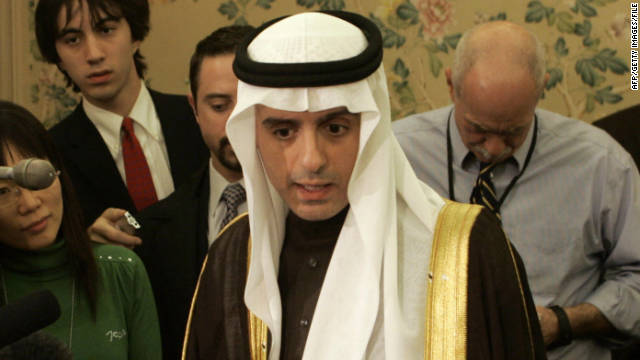 (CNN) – Even if the Justice Department and the FBI are proved correct about their allegations against “elements” of the Iranian regime, we may still never know why they may have wanted to kill Saudi Arabia’s ambassador to the United States, Adel al-Jubeir, a man I’ve known for many years.

In late 2002, when he was national security adviser to then-Crown Prince (and now King) Abdullah, he was very helpful to CNN and me during our live coverage from the Prince Sultan Air Base near Riyadh. At the time, the U.S. military had 5,000 troops and dozens of warplanes based there as the Bush administration geared up for the invasion of Iraq.

In recent months, it’s been clear that Saudi-Iranian relations have collapsed, especially since the protests erupted in Bahrain. The Saudis actively support the Sunni-led leadership there; the Iranians support their fellow Shiites.

We also know that the Saudis are very worried about Iran’s nuclear program. Like the Israelis, they view Iran’s potential capability of delivering a nuclear weapon as a near-existential threat.

The Iranians flatly deny all the U.S. allegations. They insist that the Obama administration’s charges are “politically motivated.”

I assume we will learn exactly how much evidence the U.S. actually has in the coming weeks and months as the legal proceedings unfold in New York.

But until we get the full story, the question still remains: Why specifically target Adel al-Jubeir? What would the killing of the 49-year-old Saudi ambassador in Washington actually achieve for elements of the elite Iranian Quds Force?

I have two personal theories:

One is that they got wind of al-Jubeir’s very outspoken condemnations of the Iranian regime. In private conversations in Washington with members of Congress, State Department officials, scholars and journalists, he’s made his government’s views very clear, and they include strong attacks against Iran. He doesn’t mince his words.

My other theory is that the ambassador may have just been an unlucky pawn in this alleged plot. It’s certainly possible that there are unknown battles going on inside Iran between various factions that we don’t understand.

The alleged assassination plot against al-Jubeir and the other alleged attacks on the Saudi and Israeli embassies in Washington may have more to do with some complicated internal struggle under way inside Iran.

There have been many reports, for example, of serious tensions between President Mahmoud Ahmadinejad and the Grand Ayatollah. I don’t know enough about internal Iranian intrigue to have a good sense of this theory.

What I do know is this: If these allegations are proved correct – and they have not yet – the short- and long-term ramifications for the U.S., Iran, Saudi Arabia, Israel and indeed the region could be enormous.

RELATED: What if the terror plot had succeeded?