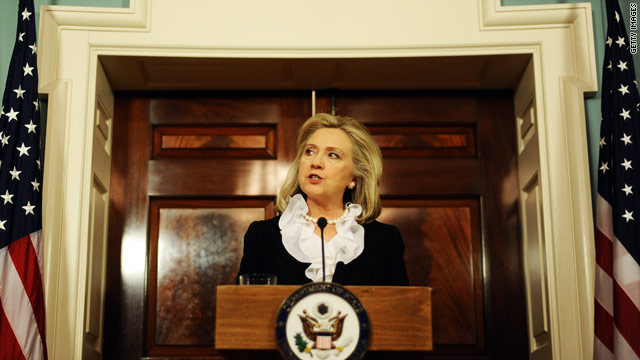 (CNN) – I was listening to an interview on “The View” the other day with Vice President Joe Biden, who was asked whether he would definitely be President Obama’s running mate next year. “I haven’t figured out how not to be,” he said with a smile.

At this point, I certainly agree Biden will be on the ticket. For one thing, I know from all my White House sources that the president is very high on him and deeply appreciates his advice. The two men get along very well. They have been a solid team.

Still, there is one scenario that could change all that. If the economy is still awful next summer and Obama’s poll numbers are really low, he could throw a Hail Mary pass and find a way to lose Biden and ask Secretary of State Hillary Clinton to be his running mate.

That would certainly not be easy, but I have covered politics long enough to know that anything is possible, especially when a candidate sees a potential election defeat. They start considering all options, including very politically and personally painful options.

Clinton’s approval numbers are relatively strong right now. She would certainly energize the Democratic Party base, including women, minorities and seniors. Independent voters might be inclined to come back to Obama.

With her on the ticket, former President Bill Clinton would be a non-stop campaigner, too. He is one of the most talented politicians in our generation and is especially effective on the campaign trail.

This year, Clinton firmly told me in Cairo that she’s not interested in any of that. “Would you like to be vice president of the United States?” I asked her. “No,” she replied.

I believe her, too. But politicians change their minds.

One thing I do know is that if she were on the ticket and Obama were re-elected, she would immediately emerge as the leading Democratic candidate for president in 2016.

Bottom line: Strange things happen in politics. This could be a wild ride.