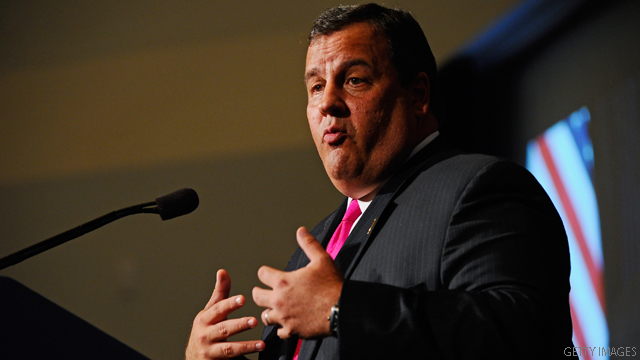 BLITZER'S BLOG: In some ways, Christie reminds me of Obama

(CNN) – I don’t know whether New Jersey Gov. Chris Christie will run for the Republican presidential nomination. By all accounts, he’s reconsidering his earlier adamant refusal to run. Indications now are he will announce his final decision within 48 hours.

He should be under no illusions if he runs. His entire life will be scrutinized and will immediately change. His positions on key issues will be examined. He will be questioned about tough domestic, social and national security issues.

I have no doubt that many tea party and conservative activists will be less than thrilled when they review his record on immigration, gun control, same-sex civil unions and global warming.

I watched his speech last week at the Ronald Reagan Library in California and was impressed. He certainly sounded like a potential presidential candidate. He can really deliver a powerful speech. But on some sensitive issues, he seemed considerably more moderate than other GOP candidates.

Christie spoke of the need for leadership but also for compromise. “We pay a price when our political system cannot come together and agree on the difficult but necessary steps to rein in entitlement spending or reform our tax system,” he said.

To me, that sounded like someone at least willing to consider some tax hikes in order to generate more revenue for the U.S. Treasury.

He was also blunt in criticizing a key strategic element among some conservatives to reduce the nation’s deficit. “The result is a debt ceiling limitation debate that made our democracy appear as if we could no longer effectively govern ourselves,” he said.

While listening to Christie, I was actually reminded of then-Sen. Barack Obama as he contemplated running for the Democratic presidential nomination. At that time, Obama showed great ability, but I wondered if he had enough experience. Christie, as you know, has been governor for less than two years.

RELATED: Could Christie be reconsidering a run?