How not to walk out

SEE ALSO: What happened after the Christine O'Donnell walk off? A first person account

Gov. Haley: Too soon for a GOP favorite

CNN's Wolf Blitzer asks South Carolina Gov. Nikki Haley who she thinks should be the GOP presidential nominee in 2012.

Paul on Perry: 'I haven't met him'

Has the media been fair to Ron Paul? 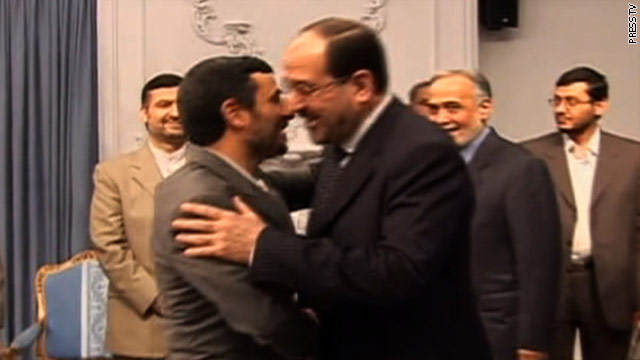 (CNN) - President Barack Obama and Secretary of State Hillary Clinton finally have done what so many have been urging them to do for a long time: publicly call on Syrian President Bashar al-Assad to step down.

They coordinated their statement with similar statements from other allied leaders, including from Canada, France, Germany, Britain and the European Union.

In the face of reports that more than 2,000 Syrian civilian protesters have been killed by the Syrian regime, even some Arab and Muslim countries in the region have started to abandon al-Assad, including Saudi Arabia and Turkey.

In sharp contrast, one key U.S. Arab ally in the region has decided to stand with al-Assad. I’m referring to the government of Iraq led by Prime Minister Nuri al-Maliki.

Encouraged by his friends in neighboring Iran, al-Maliki has, according to a report in The New York Times, urged the Syrian protesters not to “sabotage” the state. He also recently hosted an official Syrian delegation in Baghdad.

“Mr. Maliki’s support for Mr. Assad has illustrated how much Iraq’s position in the Middle East has shifted toward an axis led by Iran,” the Times said. “And it has also aggravated the fault line between Iraq’s Shiite majority, whose leaders have accepted Mr. Assad’s account that al Qaeda is behind the uprising, and the Sunni minority, whose leaders have condemned the Syrian crackdown.”

The United States has spent hundreds of billions of dollars trying to promote democracy and freedom in Iraq since its removal of Saddam Hussein back in 2003. Nearly 5,000 American troops have been killed in Iraq; tens of thousands more have come home with serious injuries.

I know top American officials in both the Bush administration and now in the Obama administration have been deeply frustrated by al-Maliki’s cuddling up to Iranian President Mahmoud Ahmadinejad. You’ve seen the pictures of them kissing in Baghdad and Tehran.

Publicly, U.S. officials have offered various explanations, including the need for these two neighboring countries to maintain good relations. Privately, I can tell you, they’ve been deeply embarrassed.

And beyond that, they fear that all the U.S. sacrifices in Iraq over the years may not necessarily have a very happy ending when all the U.S. troops leave and all the dust settles.