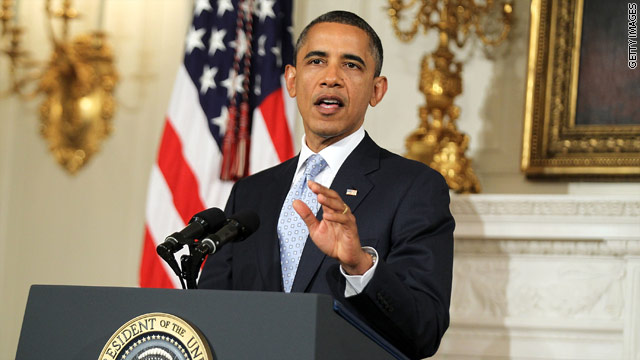 BLITZER'S BLOG: Will Obama rip a page from Clinton’s playbook?

(CNN) - Have you noticed how many liberals lately have been piling on President Barack Obama? Their criticism has been harsh and intense. They mostly focus on his supposed willingness to make concessions to conservative Republicans. They charge that he lets himself be bullied because it’s part of his nonconfrontational nature.

I remember hearing similar criticism in 1995 and 1996 when President Bill Clinton was hammered for making deals with House Speaker Newt Gingrich and other Republicans. Clinton, for example, agreed to major welfare reform, which infuriated many of his liberal base. He was accused of selling out long-standing Democratic Party principles.
END_OF_DOCUMENT_TOKEN_TO_BE_REPLACED

RT @CNN: In her first sit-down interview since her release, a Ukrainian paramedic tells CNN's @MarquardtA about her three months in Russian…
CNNSitroom

6:25 pm ET July 5, 2022 RETWEET
RT @CNN: A video shows the moment shots were fired into a Fourth of July parade in #HighlandPark, Illinois, which resulted in dozens injure…
CNNSitroom