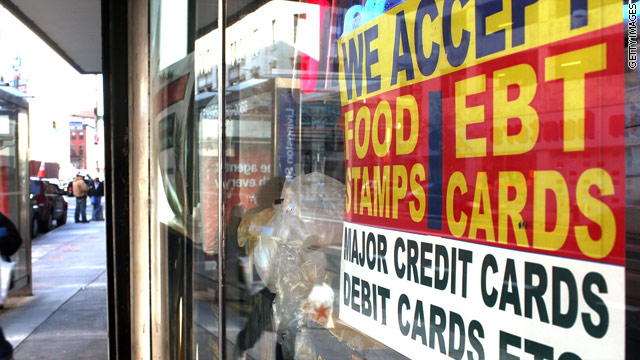 (CNN) - It’s hard to believe, but one in seven Americans – 15% of the country – now need government-provided food stamps simply to survive.

The new numbers just came out from the United States Department of Agriculture, which administers what’s officially called the Supplemental Nutrition Assistance Program.

Nearly 46 million Americans receive food stamps out of a population of some 311 million people. That’s the highest number on record.

The continued high unemployment and the weak U.S. economy have contributed to the explosive growth of the food stamp program – with no end in sight to the monthly increases.

That’s certainly not a lot of money to purchase food for adults and children, but that’s what so many American families have to live on. Many of them simply don’t have any other money.

By the way, the just-approved first round of nearly $1 trillion in debt ceiling spending cuts over the next 10 years exempted any cuts in the food stamps program.