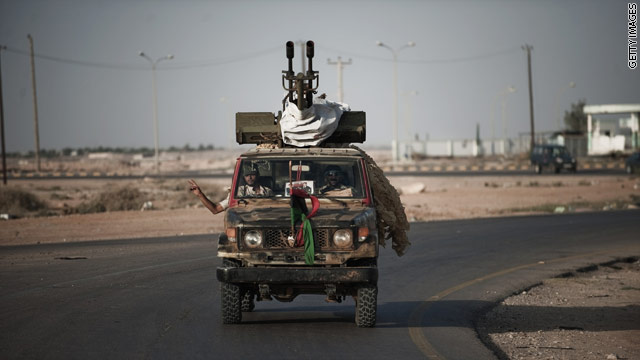 BLITZER’S BLOG: Should the Libyans pay for their liberation?

(CNN) - Now that the Obama administration is recognizing the Libyan opposition as the country’s legitimate governing authority, it will be only a matter of time before the $33 billion in frozen Libyan assets in the United States will start flowing to the rebels. They will no doubt begin using some of those funds to purchase badly needed weapons and spare parts to fight Gadhafi’s forces.

Pentagon officials say the U.S. already has spent close to $1 billion over these past four months in trying to protect Libyan civilians. (Tomahawk cruise missiles are not cheap.) The other NATO allies have spent more.

I have been among those who have repeatedly asked over these months whether it would be appropriate for the U.S. and its NATO allies to deduct from the frozen Libyan funds the cost of protecting Libyan civilians. At a time of worldwide economic hardship and significant budget deficits, should U.S. and other NATO taxpayers be reimbursed?

Some State Department officials have raised questions whether that would be legal under international law. The money belongs to the Libyan people, they argue, and Libyans should be the ones who decide how it’s spent.

The counter argument is that the Libyan people should be grateful to those who have helped to liberate their country from Gadhafi’s rule. In other words, they say, hand over the $33 billion to the Libyans, minus the cost of providing that outside protection.

Based on what I am hearing in Washington, this debate will intensify in the coming days and weeks.