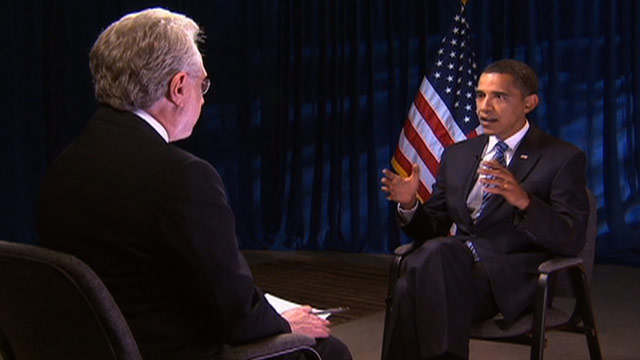 BLITZER’S BLOG: Has Obama lived up to his 2008 priorities?

(CNN) - With President Obama back in Iowa today, I went back to look at my interview with then-candidate Obama in Des Moines on October 31, 2008 – only days before his election. He reflected on how far he had come in Iowa.

"There were a bunch of people out here who signed up for our campaign when we had almost no money, very few endorsements," he said. "The polls weren't good for us."

Those words might inspire some of the current Republican presidential candidates who right now are way down in the polls, have little money and limited endorsements.

More significantly, I reviewed the interview and found this fascinating exchange. I gave him a list of five domestic priorities and asked him to prioritize them if he were elected President. His number one priority was not on my list; the other four were.

He responded in this order:

1. Stabilize the financial system. "Making sure that the plumbing works in our capitalist system."

3. Health care reform. "I think the time is right to do it."

5. Education reform. “Making sure we have an education system that works for all children.”

By the way, the one priority I had mentioned that he did not include was comprehensive immigration reform.

How has he done on those priorities? You decide.