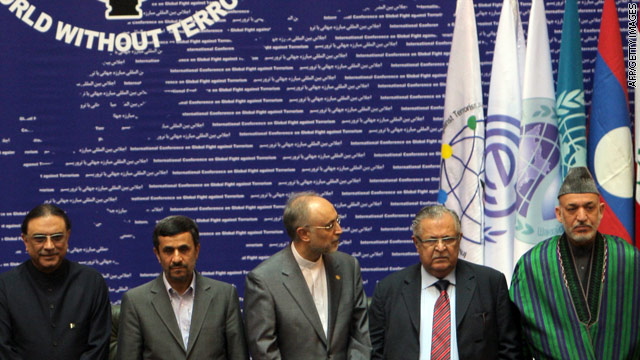 In recent days, Hamid Karzai, Asif Ali Zardari and Jalal Talabani went to Tehran as part of a continuing effort to improve their respective ties with the Iranian regime.

Many senior U.S. diplomatic and military officials have been worried for a long time that despite the enormous human and financial sacrifices the U.S. has made in liberating Iraq and Afghanistan over the past decade, Iran eventually could emerge as the big strategic winner in the region.

With the U.S. set to withdraw its remaining 46,000 troops from Iraq by the end of this year, there’s serious concern Iran’s supporters in Iraq will become re-energized. It’s not just President Talabani who has made the journey to Tehran; Prime Minister Nuri al-Maliki over the years has made no secret of wanting to improve ties with his fellow Shi’ites in Iran.

By the way, I’m a bit more surprised that Presidents Karzai and Zardari are so openly cozying up to Ahmadinejad. Then again, they are probably trying to hedge their long-term bets.

Bottom line in all of this: I hope the enormous and very painful U.S. effort since 9/11 is not going to wind up for naught.