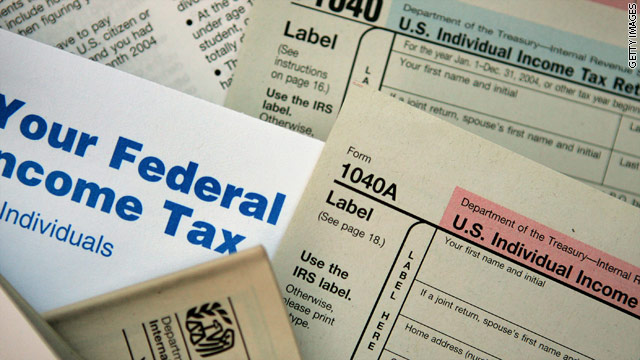 WASHINGTON (CNN) – I guess we shouldn’t be too surprised that Vice President Joe Biden’s efforts to work out a deficit reduction deal with House Majority Leader Eric Cantor and Senate Minority Whip Jon Kyl collapsed over the issue of raising taxes on the wealthy.

Republicans are firmly opposed to raising taxes on anyone. Democrats want to see those families making more than $250,000 a year pay more income tax.

The stakes are enormous.

Treasury Secretary Timothy Geithner says there’s an August 2 deadline to increase the nation’s current $14.3 trillion debt ceiling. Otherwise, he warns, there will be economic disaster. America’s creditworthiness will be questioned. The value of the dollar will decline. Interest rates will go up. And all of that could trigger a double-dip recession.

I understand that increasing tax rates for wealthy Americans from the current 35% to the 39.6% that existed during the Clinton administration represents a tax increase. Everyone understands that.

But it becomes murkier when we discuss basic tax reform.

For example, what about removing tax subsidies for hugely profitable oil companies like Exxon Mobil and BP? Is that a tax increase?

And what about closing corporate loopholes that enable companies to avoid paying any federal income tax?

We’ve heard a lot in recent months about General Electric making a world-wide 2010 profit of $14 billion ($5 billion of which is in the United States) and paying zero in federal income tax.

Would reforming the federal tax structure to ensure a minimal tax payment also be seen as a tax increase?

I suspect those will be some of the issues the President and the Congressional leadership will discuss over the next month.