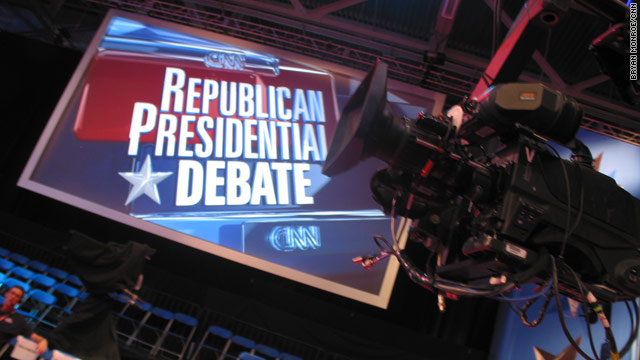 BLITZER’S BLOG: How will abortion play out in tonight’s debate?

EDITOR'S NOTE: CNN hosts the first New Hampshire Republican presidential debate Monday night from Manchester at 8 p.m. ET. Follow all the issues and campaign news about the debate on CNNPolitics.com and @cnnpolitics on Twitter. Watch the debate on CNN TV, CNN.com and mobile devices. And participate with your questions on the live blog on the CNN Political Ticker, on Twitter using hashtag #CNNdebate, and on the John King, USA Facebook page.

MANCHESTER, New Hampshire - Issue number one in presidential politics is certainly the economy and jobs. For many Americans, the social issues, including abortion, are not at the top of the agenda. That is the case even for many conservative Republicans and Tea Party activists who have gathered in New Hampshire for tonight’s CNN Republican presidential debate. They are also deeply worried about the nation’s mounting debt.

Former Pennsylvania Senator Rick Santorum, however, is one candidate who certainly doesn’t run away from the social issues. His opposition to abortion rights for women is well-known, though I was surprised to learn the degree of his fierce opposition.

On “Meet the Press” Sunday, he not only opposed abortion but insisted there should be absolutely no legal exceptions under any circumstances including for rape and incest. But then, he went one step further suggesting doctors and nurses who perform abortions should be charged with murder.

“I would advocate that any doctor that performs an abortion should be criminally charged for doing so,” he said. “I have never supported criminalization of abortions for mothers, but I do for people who perform them.”

He says life begins at conception. “It is biologically human and it’s alive,” he said. “It’s a human life. It should be a person under the Constitution.”

Let’s see how this issue plays out in tonight’s debate.