Punned out on Weiner-mania? CNN's Jeanne Moos puts the "whine" in Weiner.

He is viewed as a long shot but Alec Baldwin isn't ruling out running for New York mayor in 2013. 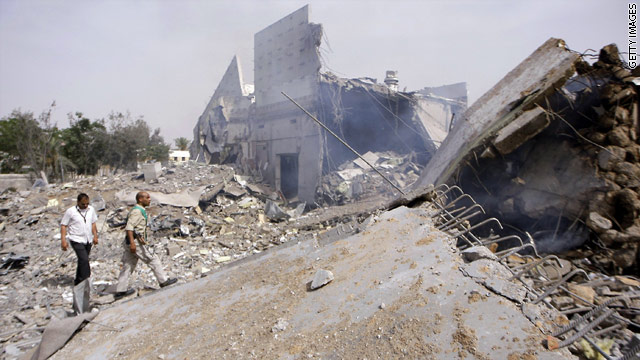 CNN: U.S. resumes airstrikes in Yemen; government forces battle militants
The United States and Yemen are taking on Islamic militants on the land and from the air amid fears that al Qaeda is exploiting the political chaos and leadership vacuum engulfing the unstable and impoverished Arabian Peninsula country.Yemeni government forces are trying to wrest the southern town of Zinjibar from Islamic militants, and an American official said U.S. military-led airstrikes have resumed and top insurgents have been killed.

CNN: Pervez Musharraf: Pakistan: A reality check amid the terror and chaos
Today Pakistan finds itself in the eye of the terrorism storm. An environment of controversies, contradictions, distortions and mutual suspicions prevails all around, polluting and weakening the war on terror. The situation demands a clearer understanding of ground realities in south Asia, bridging the acute trust deficit and developing a unity of thought and action among all coalition players. Blame games, rigidity, arrogance and insensitivity to others' interests will always remain counterproductive.

Politico: President Obama's campaign expands its 2012 map
President Barack Obama's campaign team is gaming out complex state-by-state scenarios for 2012 that anticipate uphill battles in recession-ravaged blue states – and new opportunities in Arizona and Georgia.Their underlying assumption is that the GOP presidential field remains so fluid – and the country’s economic outlook so devilishly unpredictable – that Obama must construct robust grassroots field operations in nearly every competitive state in order to hit the magic number of 270 electoral votes and win re-election.

CNN: Career of dependability marks Panetta's path to Pentagon
Washington (CNN) - Even by Washington's standards, Leon Panetta's resume portrays the ultimate insider - a smooth navigator of Congress, the federal budget, the White House and the CIA. …And now, after four decades of public service - and years after most people are long retired - the 72-year-old Panetta is taking on his most challenging job ever: secretary of defense, as the nation fights a grueling war in Afghanistan and extricates itself from Iraq, and as the Arab world is imploding.

New York Times: Citi Says Credit Card Customers’ Data Was Hacked
Citigroup acknowledged on Thursday that unidentified hackers had breached its security and gained access to the data of hundreds of thousands of its credit card customers in North America.
"During routine monitoring, we recently discovered unauthorized access to Citi's account online," the bank said in an e-mailed statement. "We are contacting customers whose information was impacted."