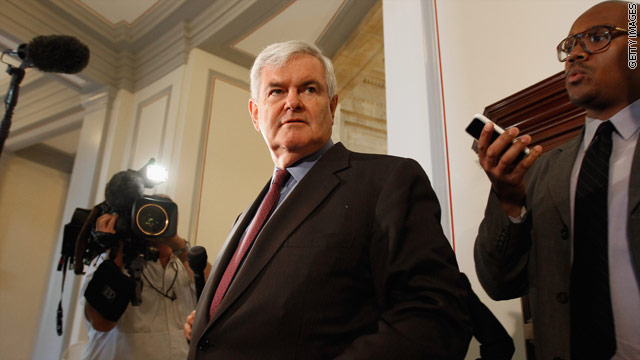 What was Newt Gingrich thinking? He announces he’s running for the Republican presidential nomination and then goes on vacation with his wife, Callista. Not just any vacation. Not a vacation in the Grand Canyon enjoying America’s majesty. Not a vacation in Florida or California where there are so many wonderful places to relax. But he goes on an exclusive and expensive cruise in the Mediterranean to the Greek Isles and Turkey. Hats off to Politico for breaking the story.

Don’t get me wrong. I’m sure the Seabourn Odyssey is fabulous. The pictures of the cabins look great. I’ve also been to the Mediterranean and it’s wonderful. But if you’re serious about becoming President of the United States, does it make any sense to go on a European cruise immediately after declaring you’re a presidential candidate?

Does it also make any sense to go on such a cruise after acknowledging you had a $500,000 credit limit at Tiffany’s in New York? I know he paid off all his bills. He says he now has no outstanding debt. But these are not exactly actions that reinforce the notion that he’s a man of the people.

And the cruise occurred shortly after his surprising criticism of Paul Ryan’s Medicare reform plan and the uproar that followed.

Gingrich is now back home and will participate in the CNN New Hampshire GOP presidential debate next Monday. I have covered him for many years. He’s a very smart guy with lots of intriguing ideas. But I also think it’s fair to say he has a lot of work to do to convince Republican voters out there that he’s serious about this campaign.